Who's Free Edu Who rsvp isabella@unacknowledgedgiant.com

in association with producers of world record book of job creators

summary of maharishi uni.doc, 556 KB - summary of the most exciting entrepreneur curriculum in 43 years since my father at The Economist encouraged coming net generation to search for open education' "Entrepreneurial Revolution" -please tell us if you know of other job creating curricula
We (elders and youth of the net generation) could now be valuing a wholly different planet
if top 11 who's Free Education who knew how to collaborate with each other  -job creation dairy- job creation maps from world bank

2030nowjimkim2transcripts.doc, 40 KB
since 1972 alumni of The Economist's Entrepreneurial Revolution have become convinced that education entrepreneurs models benefit most from collaboration and that open education is the key to the door of the net generation being 10 times more (or if we mess it up in next decade less ) productive and exponentially sustainable
we hope our guided tour of these 11 helps you  help youth celebrate the above conclusion - of course we are delighted to hear of nominations of other education collaboration entrepreneurs -rsvp chris.macrae@yahoo.co.uk but note our 11 are also chosen to complement each other

for example: Sal Khan's online academy demonstrates the most economic way to viralise any action learning that millions of youth could most gain from action networking, while

Sir Fazle Abed  has spent the last 43 years developing the ngo network that can claim all of these accolades:
biggest in terms of co-workers having served north of 100 million poorest mothers and children in Bangladesh and in the last decade or so replicating the model to many of the most seriously oppressed peoples on the planet
most collaborative
most educational driven in the action learning and job creating sense
the most value multiplying in terms of human livelihoods
consequently the curriculum of BRAC is worth more than any other curriculum that isnt yet available
BRAC is a curriculum replicator unlike any the real world 1 2 has ever seen. It now operates close to 50000 educational facilities -many no larger than a one room village school. Its metric has been to end generations of illiteracy among 15 million parents and 60 million children in rural Bangladesh. Paulo Freire was the first source Sir Fazle consulted on this part of BRAC's journey. Today BRAC also runs a city university one of whose unique features is every student spend an action learning term interning on a village innovation project

can you help norman macrae foundation call for a microeducationsummit before we lose the lifetime knowledge of these great educators (many way over 70) ?

Replies to This Discussion

Permalink Reply by chris macrae on January 3, 2014 at 7:25am
Delete
LOVING (SOUTH ) AFRICA - No contest Mandela loved South Africa Most but here's a tale of 2 people who can still help millennials and south africans save the world and achieve #2030now 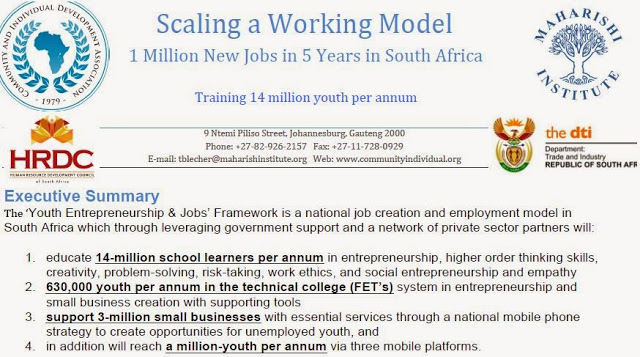 Permalink Reply by chris macrae on January 3, 2014 at 11:12am
Delete
;Without MIT and Tm Berners Lee - the web would probably be much less open; the benchmark for a college that sees it goals as creating start up entreprenurs not examination certificates per se would not exist; open education would be less of a reality

Permalink Reply by chris macrae on January 3, 2014 at 11:26am
Delete
Without MIT and Tm Berners Lee - the web would probably be much less open; the benchmark for a college that sees it goals as creating start up entreprenurs not examination certificates per se would not exist; open education would be less of a reality

Without the 3 year Nobel Exchange between Warsaw, Cape Town , Atlanta,Youth Action networks of Nobel Laureates led by Muhammad Yunus, change world billionnaire millionaire like Ted Turner's family, community regeneration depth of hundreds of historically black universities motivated by turning luther kings dreams into realities  -every investemnt in and empowerment of youth that Obama appeared to be promising in 2008 would already be lifeless.

Permalink Reply by chris macrae on January 3, 2014 at 11:53am
Delete
Negropronte has bridged digital media and mit resources with developing world elarning experiments - he was also the original founder of MIT mkedia lab the favorite space for  open anything conferences and networks

Over the 24 months of 2014-2015 we will be reporting connections between youth summits wherever we can linkin and assemble micro-wikis around the above issues - you can help us here:Googledoc the most collaborative 24 month race youth have played
.http://normanmacrae.ning.com/forum/topics/a-sample-of-citations-to-...
1 PEACE CURRICULUM Q&APC1 Was it a mistake for a book, whose main economic recommendation was that open education would be the net generation's greatest ever entrepreneurial freedom to start with valuing how to network peace?APC1.1 Timing is everything in mediating transformation in worldwide  system futures. Norman argued that 1984 was the greatest opportunity since world war 2 for citizens to vote against governments spending (through tax) a fifth of all their lives on arms.  How to linkin 2014-2015 as the other greatest youth opportunity to bid for worldwide peace can be informed  by reading Norman's last updates published here with Muhammad Yunus in 2008 APC1.2  None of Norman Macrae's obituary writers at The Economist or elsewhere understood Norman's timeline: spending his youth in parts of Europe ruled over by stalin or hitler, spending his last days as a teenager navigating raf planes over modern day Bangladesh and Myanmar, going up to Cambridge to be mentored by keynes that the number 1 system design job of economist is to end hunger and that youth should never let those in power divorce the future compounding disciplines of economics and peace APC1.3 Ironically all those readers and investors in the entrepreneurail revolution curriclum which Noramn spent 40 yeras editing The Economist from number 3 weekly uk journal to one of a kind global viewspaper understood how the search for peace was embedded in all his major surveys: as the only journalist to be at the founding of the EU, as the journalist who believed the deviation of the BBC fgrom world service was the greatest missed opportunity in mass media, as the journmalist who cheered on Japan as the most value multiplying nation of 1962 and asia pacific worldwide yoyth region liberating china as the turn of the millenniums greatest opportunity for youth to design colaborative millennium goals and action networks around APC1.4 Dismally few of the 21st C most famous economist undersrand the curiculum of economics that Keynes mentored his alumni including Norman on:1 the core job of the economists is to back whatever system designs she or he believes will help the human race unite to end poverty ( see the last Keynes last essay on persuasion); see also last 3 pages of Keynes general throory on why yoth's grearest enemy is a particular type of elderly academic economist who is most prone to pad his pension with funding from big governments on indsutry sectors that have lost that purspoe which has most relevance to producing future livelihoods.

Permalink Reply by chris macrae on January 5, 2014 at 2:26pm
Delete
why not personalise you wiki from Youth Summits 1  2 converging on Atlanta rsvpchris.macrae@yahoo.co.uk

Permalink Reply by chris macrae on January 6, 2014 at 7:31am
Delete
About Curriculum of Global Grameen (Bangla for Village):
Keynes Final Essay in Persuasion  " Ending Poverty is core job of economics"; Schumacher Ending Poverty is a "global village" crisis of empowering network solutions through millions of villages; 1975 Macrae of The Economist starts up the massive collaboration curriculum Pacific Century  : to map why 7 billion beings' whole planet needs  (to celebrate raising 2 billion as yet underproductive people's but potentially rapidly developing livelihoods) - by 1984 human's greatest  opportunity is to co-create open education BUT man's compound risk is announced as "discrepancies in incomes and expectations of rich and poor nations . For the sake of youth economics as well as peace it recommended the world's biggest public broadcasters join early internet designers in ending this risk by searching for over 30000 microfranchises sustaining 3 billion community regenerating jobs; Macrae's last update of this curriculum 2008 Consider Bangladesh- download brochure used by The Economist at his remembrance parties.

Who's Free Edu Who

The world's 2 most collaborative microfranchising networks were founded out of Bangladesh in 1972 as BRAC, and 1976 as The Grameen Project led by Muhammad Yunus. 1978 Soros starts to innovate MIcroentrepreneurialBillanthropy in Cape Town and by 1996 he offers Dr Yunus and MIT technologists a social business loan so that 100000 village labs can test mobile connectivity; in 2008 he founds www.ineteconomics.org  to rethink economics from the ground up

Newer Post Home
Subscribe to: Post Comments (Atom)
........................JIM KIM: greatest thing you'll ever do
Blockchainopen.com (ref 1) exists to celebrate blockchain solutions to sustainability goal collaborations . we identify hall of famers like jack ma and wizard trainers of blockchain who do so to empower disadvantaged youth to maximise their own and community value applications
Youth Entrepreneur- Most Practical Lesson
Marketsreality.com exists to checklist nominations of the most exciting purposes of market sectors- for example the vision that ecommerce can help create billions of jobs for the net generation - see eg the 7 wonders of Jack Ma and the vision that education can linkin the greatest #learninggeneration launched at UN 18 september 2016 by 30 national leaders of the movement called www.educationcommission.org related BrandReality
MarketsReality - purpose sustainable millennials POP 2030now:
fashion garments?
world bank : media of millennials socialreality
healthcare
.